Ductile cast iron is grey cast iron with spherical graphite. It differs from grey cast iron with lamellar graphite in its chemical composition, which, in addition to the basic elements, also contains small quantities of magnesium (from 0.04 to 0.06 %), cerium and rare earths that influence the formation of graphite spheres.

The properties of ductile cast iron do not only depend on the size, number and arrangement of graphite balls in the cast iron, but also on the basic matrix consisting of ferrite and perlite. At the same hardness levels, nodular cast iron has a much higher tensile strength than grey cast iron; toughness and elongation are therefore great advantages of nodular cast iron. 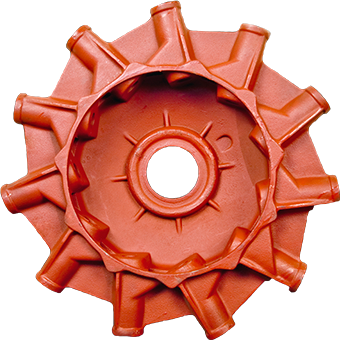